How to get young scientists thinking about ethics? Cartooning, say UW researchers

by ERIK LORENZSONN
8 hrs ago
2 min to read 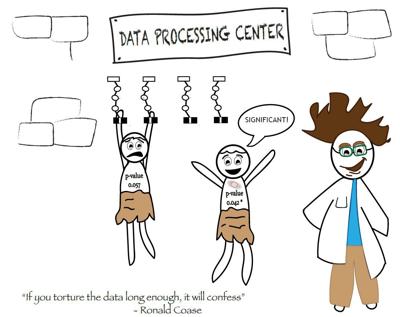 One of the cartoon's submitted in the Morgridge Research Institute's Ethics Cartooning Contest last year tackled data manipulation in the research community.

A biomedical research institute at the University of Wisconsin-Madison is prompting young scientists to think about the ethics of their research — not through a rulebook or a lecture, but with a cartooning contest.

Members of the public can vote for their favorite cartoons in the second annual Ethics Cartooning Contest, organized by the Bioethics Program at the private university-affiliated Morgridge Research Institute, through Friday.

The entries are single-panel cartoons, submitted by graduate students, postdoctoral scholars and other “junior scientists” working in the biosciences, in the style of New Yorker. The cartoons posted on the website for public viewing are the top 15 entries, as selected by a panel of UW faculty.

“Generally, the idea is to get the people who are more junior and who are doing the research, to be thinking about ethical issues — and to have some fun with it,” said Pilar Ossorio, a professor of law and bioethics at the UW-Madison and the Morgridge Bioethics Program lead. 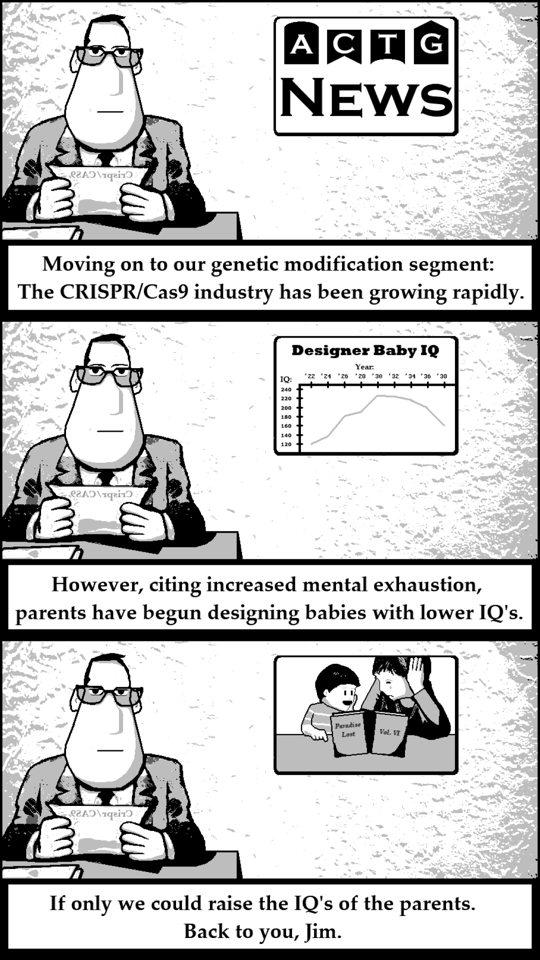 Ossorio said that there’s an existing tradition of marrying cartoons with science: A growing number of health care practitioners and scholars have embraced so-called “graphic medicine,” a movement to incorporate comics and graphic novels into medical education and patient care.

Ossorio also said that the cartooning contest also aligns with the interdisciplinary spirit of the Wisconsin Institute for Discovery, the public-private research partnership that Morgridge belongs to.

“Part of the whole Discovery Institute mission is to bring a number of artistic approaches to thinking about science,” said Ossorio.

Entrants aren’t evaluated on technical artistic skill, said Ossorio. Rather, they’re judged on how they use art and humor to drive home an observation on bioethical issues. She said it’s a way to challenge young researchers to think about ethics in a different way — not just as a set of rules to abide by, but as a broader force behind issues of finance, equity and politics.

“We want to get people out of a compliance mindset,” said Ossorio. “A lot of people think, ethics is just about complying with the rules.”

In last year’s inaugural competition, the first-place cartoon depicted a hospital with a speech bubble declaring, “Sorry. This treatment is only recommended for white men and mice” — an allusion to demographic disparities that often arise in clinical trials for drugs and other therapies. 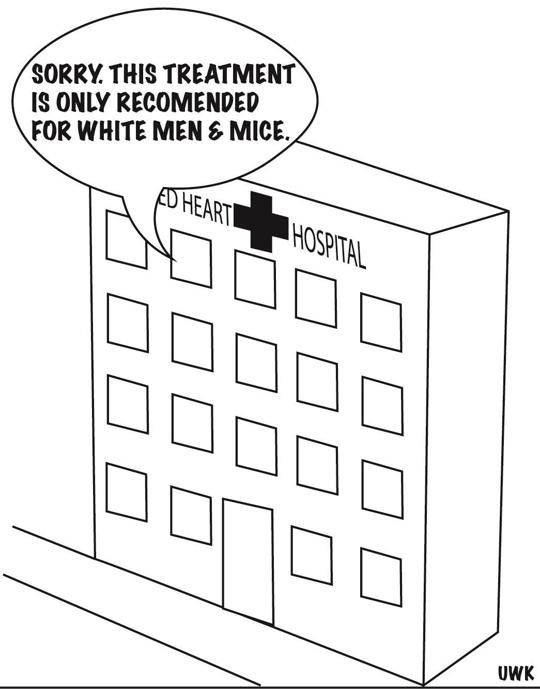 Another winner takes aim at the way researchers may manipulate or transform data in questionable ways to identify statistically significant patterns that otherwise wouldn’t exist. The cartoon depicts a prisoner branded with a p-value — a statistical measure of significance — who rejoices after being freed from shackles in a data processing center. The p-value on their chest is just under 5 percent — a broadly recognized threshold for statistical significance.

“If you torture the data long enough, it will confess,” reads a caption, a quote attributed to the British economist Ronald Coase.

Other topics tackled in this year’s competition include genome editing, the murkiness of patient consent and patterns of research funding. The issues can get somewhat technical, Ossario acknowledged, and the cartoons aren’t necessarily tailored for the general public. However, she said she’s confident that a broad audience, and not just scientists, will be able to take something away from the cartoons.

She pointed to the winning cartoon from last year, by Umair Khan, as an example of a cartoon that can speak to both researchers and a broader public.

“Part of the reason it won was because it expressed a complex idea that was very available to everybody,” she said.

Winners will be determined through the public vote, in tandem with scores from the panel of judges. Winners, which will be announced at a date to be determined, will receive cash prizes: $3,500 for first place, $1,500 for second, and $500 for third.