The New York City museum faced criticism for hosting a climate change skeptic who has targeted protections over the Amazon rainforest. 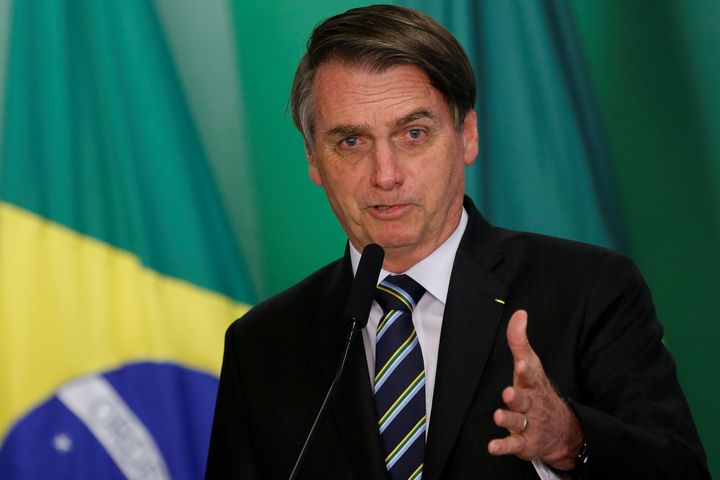 The American Museum of Natural History announced Monday that it would not host a private event honoring far-right Brazil President Jair Bolsonaro.

The New York City museum that touts itself as “one of the world’s preeminent scientific and cultural institutions” had faced days of criticism from political leaders and activists in Brazil and the United States, as well as scientists the museum employs, for hosting a gala honoring Bolsonaro ― a climate change skeptic who has targeted protections for the Amazon rainforest and the indigenous tribes who live there.

The museum said on Twitter that it and the Brazilian-American Chamber of Commerce, the event’s organizer and host, had mutually decided that the gala meant to honor Bolsonaro as the chamber’s “Person of the Year” should be held elsewhere.

The Brazilian-American Chamber of Commerce tweeted an identical statement.

The American Museum of Natural History, which said last week that it agreed to host the event before it knew Bolsonaro would be honored, did not elaborate on the financial circumstances of the cancellation.

The event had been sponsored by major corporations and financial institutions, including Bank of America, UBS, HSBC, JPMorgan Chase and Santander.

Bolsonaro, who won election in October 2018, has a long history of making racist, sexist and homophobic remarks, and has praised the military dictatorship that ruled Brazil from 1964 to 1985. Since taking office this year, he has rolled back environmental protections over the Amazon and moved government agencies that oversee the environment and the rights of indigenous groups under the control of ministries with deep ties to Brazil’s influential agri-business and mining sectors.

He has also appointed a minister who called climate change a “Marxist plot,” proposed a drastic overhaul of a national environmental council, and last week announced that his government could open up an area of the Amazon the size of Denmark to mining.

The event’s new location has not been announced.