The Internet Is a Cesspool of Racist Pseudoscience

The author of Superior: The Return of Race Science knows this from firsthand experience 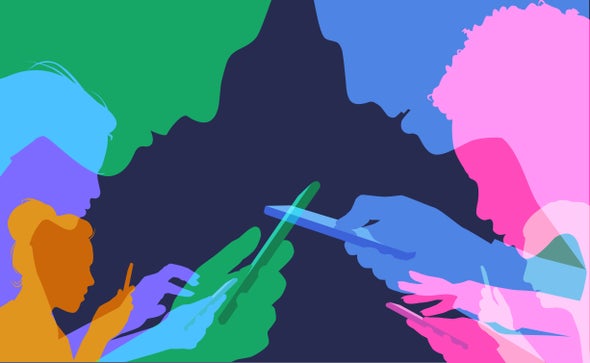 Last month, I temporarily deactivated my Twitter account following a colossal dump of racist abuse into my feed, including a man in Texas whipping up his followers to phone into an NPR radio show on which I was a guest to ask about “white genocide.” Others played a guessing game around my skin color in the belief this would help them gauge my IQ. On YouTube, one of the editors of Mankind Quarterly, a pseudoscientific journal founded after the Second World War to argue against desegregation and racial mixing, imitated me by dressing up in an “Indian shirt” (I am British; my parents were born in India). The comments underneath said I should I go back to where I came from.

The abuse I’ve seen isn’t unusual. Others receive worse, especially if they are in the public eye. My particular crime was to have written a well-reviewed popular science book about why racial categories are not as biologically meaningful as we think and how, in fact, they have been used to justify slavery and the Holocaust. These are ideas so widely accepted in mainstream academia that it should be blandly uncontroversial to repeat them. Yet to read some of the comments I’ve received, one might imagine I was hopelessly deluded.

In Superior: The Return of Race Science, I interview researchers at the cutting edge of research into human difference to journalistically expose the dangerous history of scientific racism. It is ground that has been trodden by respected scholars in the past, including evolutionary biologist Stephen Jay Gould, historian Evelynn Hammonds and anthropologist Jonathan Marks, as well as journalists such as Amy Harmon at the New York Times. Despite all our efforts, sometimes it feels as though we are no further along.

If anything, the public debate around race and science has sunk into the mud. To state even the undeniable fact that we are one human species today means falling afoul of a cabal of conspiracy theorists. The “race realists,” as they call themselves online, join the growing ranks of climate change deniers, anti-vaxxers and flat-earthers in insisting that science is under the yoke of some grand master plan designed to pull the wool over everyone’s eyes. In their case, a left-wing plot to promote racial equality when, as far as they’re concerned, racial equality is impossible for biological reasons.

How did we get here? How did society manage to create so much room for those who genuinely believe that entire nations have innately higher or lower cognitive capacities, who think that mixed-heritage children are genetically impaired, who assume that someone’s skin color can tell you something about their IQ, and who are actively working to resurrect eugenics?

As the media landscape flattens, drawing audiences away from traditional outlets to a plethora of online ones, those with outdated views have found themselves elevated from the lonely shadows into the light. They have moved on from letters in green ink and pulled up a seat alongside reputable writers and academics. The internet has opened the door to racists and sexists, and they have happily walked in. They’re trampling over our carpets with their grubby shoes even as we offer them a drink. They have normalized extremism, pseudoscience and crackpottery.

The blame can be spread widely. Social media corporations, such as Twitter and Facebook, have allowed racist networks to proliferate. Recent research from Western Sydney University, looking at a decade of cyber-racism, has shown that race-hate groups are sophisticated and creative in disseminating racist propaganda to their followers online. The Gab social network and the journal Psych seem to have been set up expressly to give these elements their own unfiltered space. Online magazines such as Breitbart, and the companies that advertise through them, are complicit in presenting a glossy front to bigotry. And then comes the second tier of publicity when, even if only in outrage and disbelief, this content is shared online. This, in turn, has infected mainstream political discourse, lowering the tone a little further every day.

The racists like to couch this as a freedom of speech issue. They argue they have the right to say what they want, that the world needs more “diversity of opinion.” But do the rest of us have a duty to sit and listen to racist pseudoscience? Is society obliged to give them platforms, however much nonsense they come out with? Doesn’t it have a responsibility to protect those whose humanity and safety is threatened by the minority who seek to deny people equal rights and freedoms based on race or gender?

People once imagined that social media would somehow regulate itself, that only the truth would survive in the marketplace of ideas. If the only racists left in society were uneducated thugs at the fringes of everyday life, what harm could they pose?

But as I was reminded when I researched Superior, racists exist at all levels of society, including in academia, science, media and politics. They have money and power. The abuse dished out by these smart racists is not the fist-throwing kind, but the racism of rhetoric. It is characterized by clever euphemisms (the term “race realist” is a perfect example), carefully manipulated arguments and abusive cherry-picking of data.

Scientists have already been warned. The journal Nature has published a number of editorials in the last few years warning researchers about extremists looking to abuse their work, particularly population geneticists and those working with ancient DNA. One researcher told me that as soon as he or his colleagues post data online, they can see it being mined by those with political agendas. These manipulated “findings” then get pumped out on blogs and social media as racist pseudoscience.

What has started with a gentle creep through the back door of our computers could end, if we’re not careful, with jackboots through the front door of our homes. Populism, ethnic nationalism and neo-Nazism are on the rise worldwide. If we are to prevent the mistakes of the past from happening again, we need to be more vigilant. The public must hold the Internet giants to account, recognize hatred dressed up as scholarship and learn how to marginalize it, and be assiduous in squeezing out pseudoscience from public debate. This is not a free speech issue; it’s about improving the quality and accuracy of information that people see online, and thereby creating a fairer, kinder society.

Angela Saini is a science journalist and broadcaster based in London. Her latest book, Superior: The Return of Race Science, is out now from Beacon Press. She is also the author of Inferior: How Science Got Women Wrong, which came out in 2017. Visit her website.