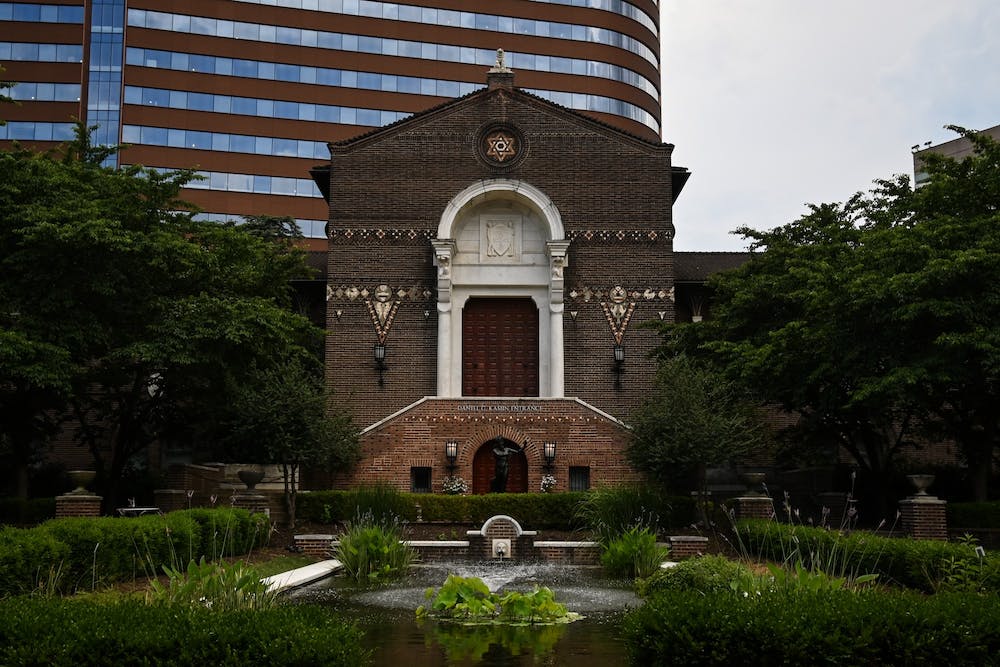 The Penn Museum released a statement explaining that the Museum is working to change the racist narratives it was built on. Credit: Kylie Cooper

Penn Museum will remove the Morton Cranial Collection, a collection of about 1,000 crania with some belonging to enslaved individuals, from public view after students called for the crania to be repatriated.

The collection is the work of Samuel George Morton, an 1820 Perelman School of Medicine graduate who used the skulls of enslaved people to argue that there are inherent differences between the brains of people of different races.

Morton, who is from Philadelphia, was an active participant in the medical and scientific community in the early 19th century.

During the Penn & Slavery Project’s 2019 symposium, students presented findings that the Morton Cranial Collection includes 53 crania belonging to enslaved individuals from Havana, Cuba and two crania belonging to enslaved Americans. A portion of the collection is currently in public view in a Center for the Analysis of Archaeological Materials classroom in the Museum.

The collection on display in the CAAM classroom will be removed from public view by the end of the summer, but will still be accessible for research, Williams Director of the Penn Museum Julian Siggers wrote in an email sent to The Daily Pennsylvanian on Wednesday.

Morton used the findings from his cranial collection as a ‘scientific’ justification for slavery and is known as the “founding father of scientific racism,” according to Discover Magazine. His research, as described on Penn Museum's website, was “taken as proof that Europeans, especially those of German and English ancestry, were intellectually, morally, and physically superior to all other races.”

Morton's personal views were largely white supremacist, according to the Museum site, and his work contributed to the development of racist thought through his suggestion of “innate hierarchies among different races.”

Biases within the Morton collection have been criticized for years, including in a June guest column in the DP by rising College sophomore Gabriela Alvarado.

Alvarado said the statement the Museum recently released in solidarity with the Black Lives Matter movement is ironic as it still has the Morton Cranial Collection on display to the public.

The statement reads that the Museum is working to change the racist narratives it was built on.

"Racism has no place in our Museum," the statement reads. Recognizing it was built on colonialism and racist narratives, the Museum wrote it is working to change these narratives and its associated institutional biases.

In their guest column, Alvarado argued the Museum should repatriate the crania in addition to moving them out of their current public display.

Through the Native American Graves Protection and Repatriation Act, the Penn Museum repatriated various Native American crania from the collection. NAGPRA, however, only protects the remains and certain cultural objects of federally recognized tribes, native Alaskan corporations, and native Hawaiian organizations. This leaves many crania in the collection unprotected, allowing the Museum to continue to keep and display the Morton Cranial Collection.

“We’re committed to exploring what we should do with repatriation of the crania of the enslaved individuals within this collection,” Siggers wrote to the DP. He added that the repatriation process it is complicated because there is little information about the individuals other than that Morton acquired them from Cuba.

School of Arts and Sciences Ph.D. second-year VanJessica Gladney, who studies history and is a Penn & Slavery Project fellow, said that while she understands that repatriation of the crania may be difficult, she is excited to see the Museum take action.

“I’m glad they’re committed,” Gladney said. “So are we. I’m excited to start working together.”

Alvarado said removing the crania from public view is a “good first step,” adding that the Museum must do more than consider repatriation. “It’s going to be tough, but that makes it all the more important, and I’m sure there are many people who want to help with repatriation,” Alvarado said.

Police Free Penn, a newly formed assembly calling on Penn to abolish policing and transform community safety at the University, has also called for the abolition of the Morton Cranial Collection. School of Arts and Sciences Ph.D. third-year Jake Nussbaum, who studies anthropology and is a member of PFP, said entirely abolishing Morton's collection is complicated.

“When we say abolish we are talking about finding ways to return all of those remains or either give them proper burials or return them to descendent communities, and that's going to vary a lot from the different communities that are within the collection,” he said.

Nussbaum said Penn Museum's plan to remove the collection from display is great, but said any repatriation process should include students and represent the interests of BIPOC communities.

School of Arts and Sciences Ph.D. fifth-year, Paul Mitchell, who is also studying anthropology, said that despite the removal of the collection from display, the injustice surrounding Morton's collection should not be forgotten. Facing the injustices embodied in the collection requires a commitment to restorative methodologies which address the impact of the scientific racism Morton helped construct, he said.

“Just as these remains were transformed into objects through their collection, they must now be uncollected, [and] recognized as persons,” Mitchell said. “Approaching this ethical challenge is as complex as it is crucial.”

On July 2, Penn announced that it will remove the century-old statue of George Whitefield, a former slave owner, from the Quad, and stated it will create a Campus Iconography Group to research and advise the University about memorialization on Penn's campus.

Gladney said that the Morton Cranial Collection should be included in this University-led research endeavor.

“It's important to note that many of these remains are traced back to people in descendant communities who would not want their kin on a shelf in the museum,” Mitchell said. “And the Museum needs to acknowledge that if it’s going to make statements about solidarity.”