You're not quite right, Chandler. The military budget was cut in the 90's and later, and bases were also closed in the 90's, when Dellums was head of the House armed services Committee. Trump has greatly increased the budget.

Best,
Michael
Sent from my iPad

﻿
Good to see.  But once again, the argument is given for shutting the superweapon business down, and taken as an argument for trimming it.  So Bernie Sanders says cut the Pentagon budget by 10% and Horgan says cut it by close to half, but they really mean that the whole project is noxious, and contributing to our lack of resources for meeting real human needs.  By the way, Horgan's article has another point of interest: the time line.  Fifty years ago, he says.... but fifty years ago is roughly the BEGINNING of the now-entrenched tradition of immunity of the Pentagon budget from civilian challenge.  Before then, Pentagon demands were sometimes turned down, military bases were sometimes closed.
Chandler

Let’s Defund the Pentagon, Too

We must begin moving beyond militarism, as Martin Luther King urged more than 50 years ago 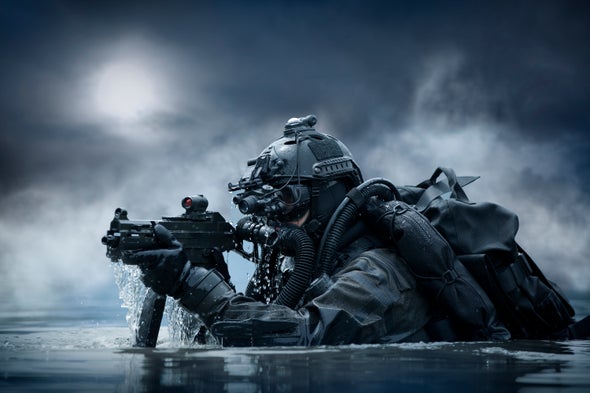 Toward the end of his life, Martin Luther King, Jr., after agonizing about the Vietnam War in private, began denouncing it in public. Liberal politicians and media, including The New York Times, castigated him, telling him to stick to civil rights. In a 1967 speech at New York City’s Riverside Church, King rejected this criticism and explained how he arrived at his antiwar stance.

He had realized, he said, that the U.S. “would never invest the necessary funds or energies in rehabilitation of its poor so long as adventures like Vietnam continued to draw men and skills and money like some demonic destructive suction tube. So, I was increasingly compelled to see the war as an enemy of the poor and to attack it as such.”

King’s message could not be more relevant to this moment. Activists protesting police violence against African Americans have called for “defunding” law-enforcement agencies, which entails deep budget cuts, among other reforms. “Cut the number of police in half and cut their budget in half,” criminal-justice activist Mariame Kaba urges in The New York Times. “We should redirect the billions that now go to police departments toward providing health care, housing, education and good jobs. If we did this, there would be less need for the police in the first place.”

Research bears out the need for change. An article in Nature noted growing evidence of racial bias in law enforcement, such as California data showing that police there “stopped and used force against Black people disproportionately, compared with other racial groups” in 2018. Police kill about 1,000 Americans a year, and Black men are 2.5 times more likely than white men to be killed and more than twice as likely as white men to be unarmed when killed. “We have enough evidence that tells us that action needs to be taken,” criminologist Justin Nix told Nature. Police reactions to protests provide still more evidence. See, for example, this horrifying New York Times video report on a recent demonstration in Philadelphia.

If King were alive today, he would surely call for defunding the U.S. military, too, because we are still funneling immense resources into our armed forces. In 2019 the U.S. spent $732 billion on “defense,” accounting for 38 percent of global military spending, according to the Stockholm International Peace Research Institute. If the U.S. cut its current defense budget in half, it would still exceed the combined budgets of China ($261 billion) and Russia ($65 billion).

The U.S. is also by far the biggest weapons dealer, selling arms to 96 countries over the past decade, and it relentlessly invents new means of destruction. The Pentagon spent $55.9 billion on research and development last year, according to the American Association for the Advancement of Science. Compare that figure to spending on research on health ($38.9 billion), energy ($4.4 billion) and the environment ($2.8 billion). What do these numbers say about our priorities?

Here is an example of what military R&D has produced: a drone-launched missile that, instead of blowing up people, slices them to ribbons. First deployed during the Obama regime, the weapon was designed to kill fewer innocent bystanders than explosives. But as the New York Times points out, “even the use of smaller, more precise munitions has left hundreds, if not thousands, of civilians killed by American weapons during the six-year war against the Islamic State and the continuing air campaign in Afghanistan.”

Meanwhile, the U.S. is carrying out a massive program to rebuild its nuclear arsenal. Costs are expected to approach $500 billion by the end of this decade and $2 trillion within 30 years, according to the Arms Control Association, which warns that the nuclear “modernization” program could trigger an arms race with Russia. Yes, that’s what the world needs, thousands of new-and-improved nuclear weapons.

The COVID-19 pandemic has exposed the insanity of our spending priorities. “For the majority of the past two decades, the U.S. government has equated Americans’ national security with military supremacy,” political scientists Neta Crawford of Boston University and Catherine Lutz of Brown write in the Boston Globe. “Instead of investing in programs and supplies that would have saved thousands of lives, our leaders were investing trillions in new weapons and continuing old wars.”

Crawford and Lutz co-direct the Costs of War project , which tallies the economic and human consequences of U.S. military operations. Since 9/11, the U.S. has spent more than $6.4 trillion on its wars in Afghanistan, Iraq and other countries. These conflicts have killed over 800,000 people, including more than 335,000 civilians, and have displaced 21 million people from their homes. Far from winding down its wars, the U.S. is now carrying out counterterror operations in 80 countries. These actions, which supposedly protect us, have led to “encroachments on basic social and political rights in the U.S. and the war zones,” Costs of War states.

Given what police do in the U.S. with cameras on them, imagine what American forces do in faraway places where they are rarely held accountable. “While the U.S. war on the Black population at home is now exposed for all of America—and the world—to see, the victims of U.S. wars abroad continue to be hidden,” antiwar activists Medea Benjamin and Nicolas Davies point out in The Progressive. Americans “don’t see the dead and maimed bodies and rubble the bombs leave in their wake.”

In a podcast for The Intercept, political journalist Mehdi Hasan points out that U.S. wars often have a racist subtext. “If you want to bomb or invade a foreign country … you have to first demonize those people, dehumanize them, suggest they’re backward people in need of saving or savage people in need of killing,” Hasan says. “If you support defunding the police, as I do, you should also support defunding the Pentagon.”

I’m not advocating the total abolition of armed forces. We will always need some police and soldiers to protect us against violent individuals and groups at home and abroad. But in their present form, our armed forces resemble a chemotherapy that kills more people than it saves. They must be radically reformed and reduced to minimize their adverse effects.

Bernie Sanders has called for trimming the Pentagon budget by 10 percent and diverting that money to “high-poverty areas,” according to The Intercept. Sanders’ proposal is far too modest. I prefer the plan of the Poor People’s Campaign, inspired by a movement led by Martin Luther King. The campaign advocates reducing the U.S. defense budget by $350 billion as part of a broader plan to counter the “systemic racism, poverty, ecological devastation, militarism, and war economy plaguing our country today.”

Even many progressives will think this defunding plan is too ambitious, but why? Reduced by $350 billion, the U.S. military budget would still be by far the biggest in the world. The U.S. could shrink its military in coordination with other nations in ways that ensure mutual security, leading to a global demilitarization movement. The money now wasted on our bloated armed forces could be spent instead on programs that boost prosperity and reduce potential sources of crime and conflict. As the Poor Peoples’ Campaign notes, its plan “would make the nation and the world more secure.”

We are now in a period of rare moral clarity, in which many people can glimpse the truth of what King said more than 50 years ago. To end racial injustice and poverty, we must end war. Defunding the “demonic destructive suction tube” of the military isn’t a utopian pipe dream. It is a practical as well as moral necessity, which should be embraced by everyone, conservatives and liberals, people of faith and secularists. Defund the Pentagon now.